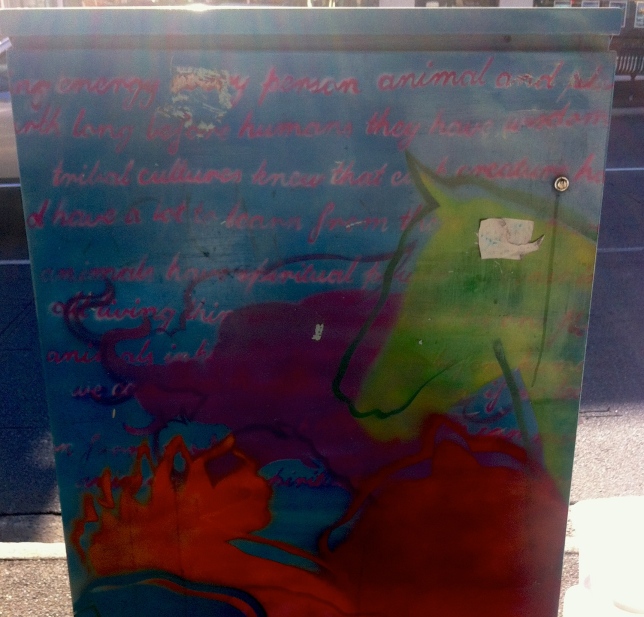 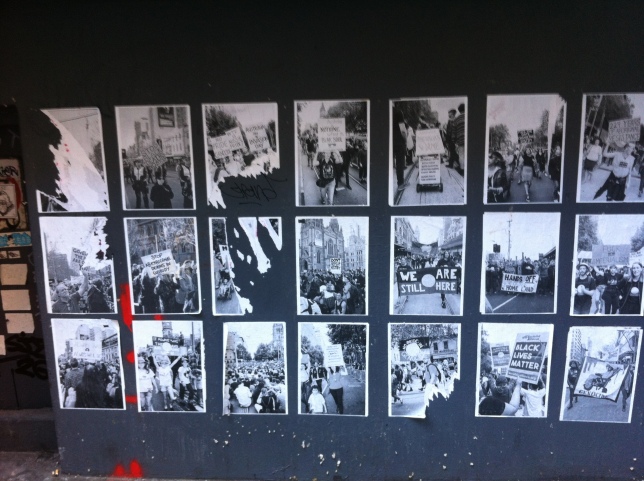 Her fair dinkum West Aussie accent was cute and her manner sweet and pleasant, slightly nervous apparently as she ripped the docket out of the EFTPOS machine prematurely and apologised and showed me how she stuffed it up, laughing self consciously…the Caucasian man in the loo nodded and said g’day to me in my Aboriginal flag tee shirt 9 days after the horrible incident at Gibbles Creek, here in Kalgoorlie. I wait for my double beef pattie burger, hoping not to be late for our procession down to the site of the death of Elijah..each pattie itself was pretty fat and vacuous, a low grade mince that I stuffed into me almost as if I were in some kind of competition..I demolished the entire monstrosity so rapidly my wedges were still too hot to eat afterward, which was just as well since my compulsion to finish what is on my plate was neither healthy nor timely..I skipped back to find we were still waiting for someone, so I took off again, revelling in my freedom to hop n shop. I found some pretty red and yellow flowering gumnuts by Kalgoorlie primary school and asked the first person I met to snap a pic of me with them for my girlfriend. Maree was more than happy to oblige, in that she took three shots and yabbered on with me about Elijah’s passing and how she knew him and the role of media in the whole issue and exacerbation of tensions.
In the supermarket I was looking for the energy drink 28Black and I saw four or five workers having a chinwag by the staff door before one of them looked at me and said “shhhh” to the casual gossipy country gang. I got everything on special and Gay was on for a chat as well, talking tote bags et al.
At a quarter to four, I made the bus in seconds flat. As a group, the Walkatjura Walkabout mob paid their respects to Elijah and his family at the site where he was run down. His uncle and a lady named Brownwyn testified about the tragic incident and bemoaned the racist influence on the handling of the matter and also on how it came to happen in the first place.
An elderly Caucasian man asked me how I was going outside Coles supermarket. The guy at Puma servo was real cordial, as was the hottie at the TAB. I’m poking around in Kal tomorrow, so if you see me, make sure you come say g’day!

Just discovered this under represented crew now! How and where are they now?

Some beautiful use of colour in this showing from Oliver. It was a well attended opening and other artists are also featured. 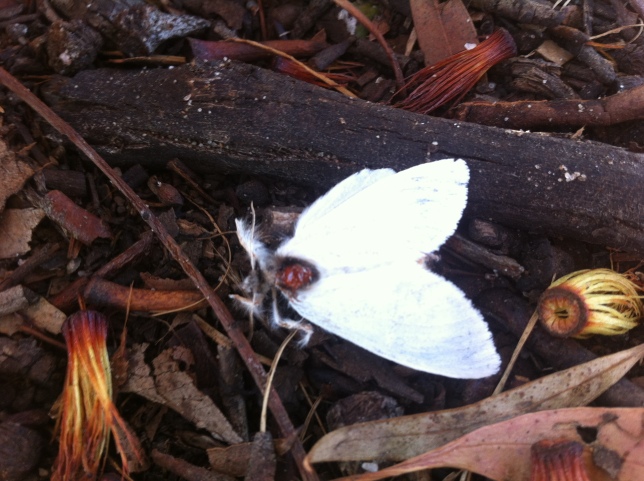 This guy I found near Waiora Road a few days ago. I think it was dead. Does anyone recognise the species?